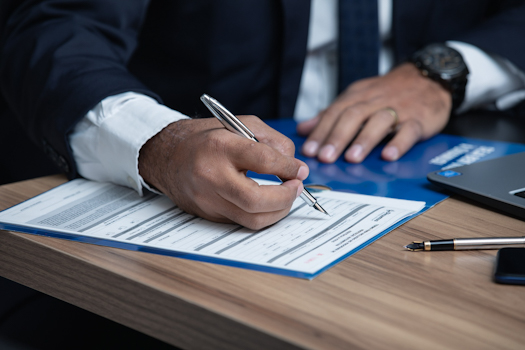 A phoenix operation is when a company is liquidated and the directors simply buy its assets cheaply, set up a new company, and continue to trade with the same or a similar name. Hiding previous failures from the public, it lets them leave creditors with nothing. As phoenix operations rise from the flames, it’s often their creditors that get burnt.

Is this legal?
Phoenix companies can be legal, but there are strict regulations to comply with, specifically, Section 216 of the Insolvency Act 1986. If this is not adhered to, those involved in the management of the phoenix company may be subject to criminal and/or civil sanctions and liabilities.

What does the law say?
When a company is placed into insolvent liquidation, Section 216 prohibits its directors from ‘involvement’ in another company with the same or similar name for five years, from the day insolvent liquidation begins. This may include existing companies/trading entities, including those that have been recently incorporated and/or commenced. The law is designed to prevent directors hiding their old company’s failure from the public. Although they can legitimately buy old company assets, they must make it clear the new business is separate from the old one.

What is 'involvement' and what’s a 'prohibited' name?
A person is considered to be’ involved’ in a phoenix company if they are: a director of a company known by a prohibited name; in any way contributing to the formation, promotion, or management of such a company, or in the carrying on of a business with a prohibited name.

A ‘prohibited’ name is one the insolvent company was known by at any time in the 12 months before it was placed into insolvent liquidation, or one so similar it suggests an association. This also applies to a company’s trading names and/or abbreviations associated with it.

There are three statutory exceptions when an individual will not be deemed to have breached Section 216, which are:

Before any of these exceptions are relied on, it’s strongly advised that those involved ensure they receive legal advice. If a person acts in breach of Section 216, they may be subject to criminal and/or civil sanctions:

Accordingly, a creditor of a new company using a prohibited name can bring a civil action directly against those individuals involved in its management. They don’t need to pursue the company itself, although, if it is not in an insolvency process, it may be worth bringing an action against multiple defendants.we

Phoenix companies can offer a solution for directors and creditors of failing companies. However, they’re often administered incorrectly, leaving creditors aggrieved, and individuals unaware of the personal liability they may be exposed to. If you are a creditor of what you believe is a phoenix company, particularly one that has subsequently been placed into an insolvency process, you may wish to seek advice on the options available to you and the potential parties that you can pursue for the recovery your debt.

At Top Service Ltd as well as monitoring companies, members have the ability to monitor individual company directors. The Director Monitoring Service will advise if a director is appointed at another company or if they resign any of their directorships.

Keeping track of the individuals behind a company is often as important as monitoring the company itself. As well as providing you with an up-to-date picture of a person’s business interests it may also alert you to potential ‘phoenix companies’. A ‘phoenix company’ is one which rises from the ashes of an insolvent company, and it usually:

Emma Miller, Company Director at Top Service Ltd says: “A phoenix company will typically be set up before the original company goes under. This is a common occurrence in the construction sector and is not illegal unless it can be proven that the directors deliberately defrauded creditors.”

What makes Top Service Ltd different?
As the only credit reference and debt recovery agency specific to the construction industry,Top Service makes it their mission to ensure members receive the most up to date, credit information and company trading experiences which can make a real difference between company profit and painful write-offs.

Are you struggling to recover the money you are owed?
HAE members working with Top Service Ltd have access to an exclusive combination of no collection, no fee recovery services. Contact their helpdesk team today on 01527 518800 to discuss how they can help protect your business.

With January over you are hopefully keeping on top of your new year’s resolutions, but what are some resolutions for your business regarding your health and safety practices that you should check?

We don't mean having to start your health and safety management program from scratch, but rather to take a fresh look at your overall health and safety practices to keep safety top of mind over the coming year. We've created a list of five checks below that you may want to consider…

The BS 8599-1 standard (published in June 2011) can be used as a guide to check which type of first aid kit is necessary for your workplace. There are four sizes: small, medium, large and travel-size, although the travel-size kits are for one person only.

It's not a legal requirement to have this first aid kit, however we do feel the contents are often better suited to most businesses, compared to 'standard' first aid kits.

Here's a guide to determine which size kit is right for you.

There is no mandatory list of items to be included in a first-aid kit, however, our suggestion for a low-risk environment would be:

2. Test your fire alarms and extinguishers

In addition to external fire alarm system maintenance, we encourage ALL of our clients to regularly check their fire detection system, where fitted.

Regular checks should include:

Finally, if anything isn't working as it should be, get it looked at.

Fire drills are a vital part of workplace safety and essential to evaluate staff and evacuation procedures. Unfortunately, many see them as an inconvenience to the working day and they are often greeted with sighs as people slowly shuffle towards the nearest fire exit. Holding at least one fire drill annually is a legal requirement. A fire drill is simply a simulated emergency procedure to emulate the processes which would be undertaken in the event of a fire.

Whilst there are sometimes several practical considerations, unannounced fire drills are often the most effective and those we can learn the most from.

During the drill take note of:

After the drill, record your findings and address any areas which need improving. Consider whether a fire safety training course would be beneficial or necessary.

Health and safety signage provides direction about aspects of health and safety in your business and forms part of the measures to control risk in the workplace, keeping your workers safe.

The types of signage needed would cover:

Employers are responsible for the provision of personal protective equipment (PPE) and its replacement when it stops affording the wearer adequate protection.

What should require PPE to be replaced?

The team at HAE BusinessGuard are happy to assist, call on 0121 380 4612, email businessguard@hae.org.uk or visit the web-portal where you can view and download numerous guides, templates and forms (HAE member username and password is required).