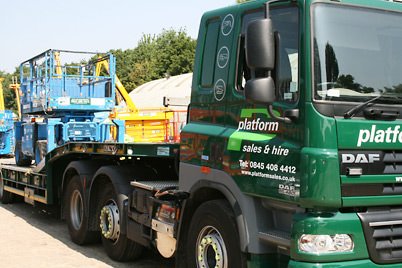 Speedy has acquired the entire issued share capital of both Prolift Access and Platform Sales & Hire, both of which are established players in the nether regions of the Top 20.

Prolift is based in the west country, with its head office in Taunton. It has a fleet of approximately 770 access platforms and employs 72 people. Revenue for Prolift’s financial year ended 31st December 2016 was £7.9m with EBITDA of £2.4m and gross assets of £12.1m.

Speedy paid £5.9m cash and took on net debt of £5.5m, following a property sale for £1.2m by Prolift to a company connected with one of the vendors.

Platform Sales & Hire is based in Milton Keynes and Birmingham and has approximately 850 access platforms and 64 employees. Revenue for PSHL’s financial year ended 28th February 2017 was £9.3m with EBITDA of £2.4m and gross assets of £9.8m.

According to specialist publication Cranes & Access, the addition of 1,620 platforms to Speedy’s fleet, which it estimates at 3,000 units, would take it just above A-Plant in its annual rankings of powered access platform fleets. A-Plant is credited with having 4,500 units. The top three are Nationwide (11,145 units), HSS (9,112) and AFI (6,219).

Speedy chief executive Russell Down said:  "These acquisitions strengthen our powered access offering and allow us to better serve our customers through the core fleet. I warmly welcome both Prolift Access and Platform Sales & Hire employees to Speedy."