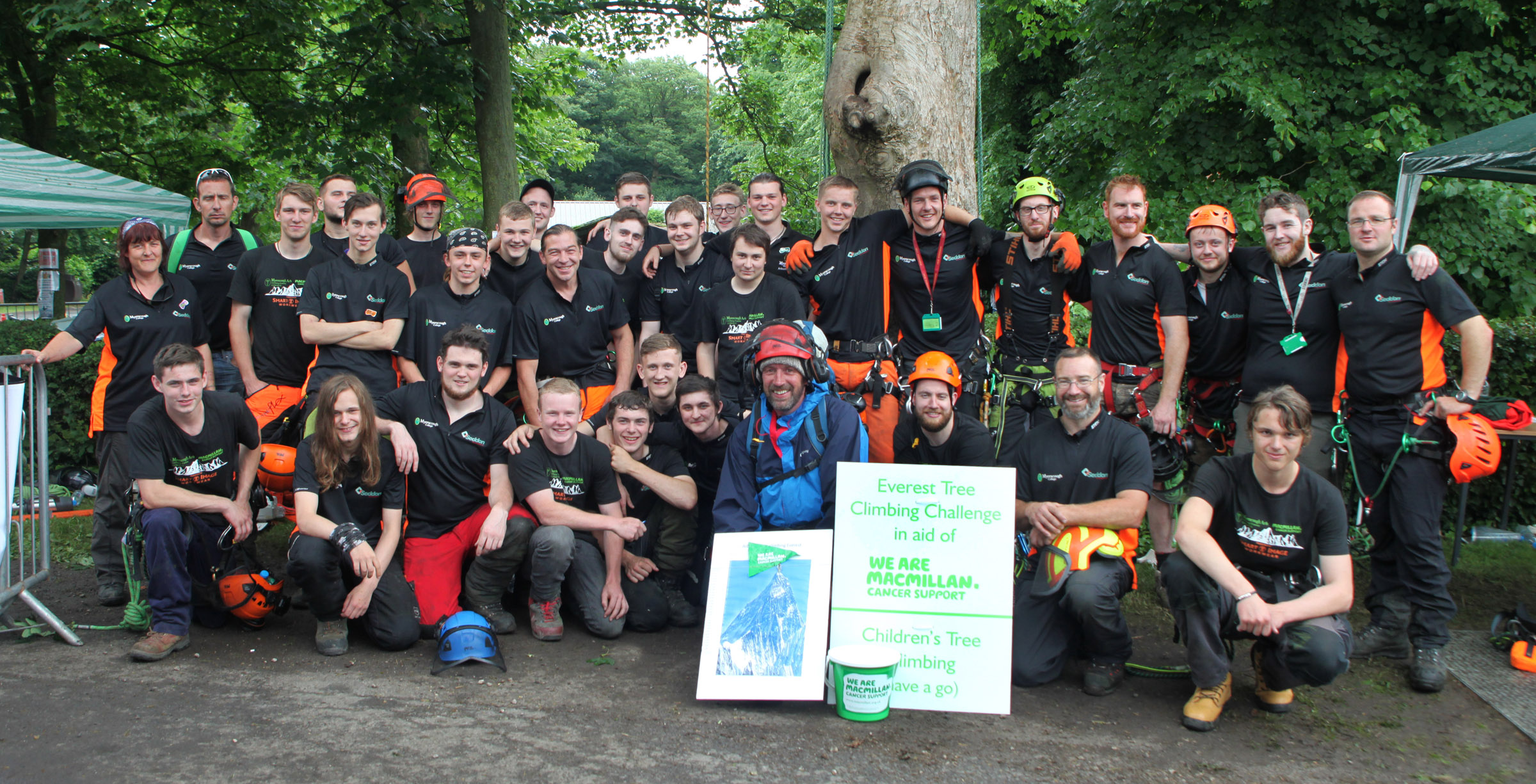 Seddons Plant & Engineers Ltd teamed up with Myerscough College to enable the college’s arboriculture staff and students to tree climb the equivalent of the height of Mount Everest to raise money for Macmillan Cancer Support. One of the college’s second year students has unfortunately been diagnosed with cancer and Macmillan is currently supporting him through his chemotherapy and care.

Seddons Plant & Engineers Ltd, which has branches nationwide, is a supplier of arboriculture equipment to Myerscough College near Bilsborrow on the Fylde in Lancashire and the company supplied shirts adorned with the Seddons Plant & Engineers logo for the event. The tree climb took place during the College’s Open Day and Country Fair where a 40-strong group climbed a 40ft tree within the college grounds to ‘Conquer Mount Everest’ by collectively climbing more than 29,000 feet, or almost 8,850 metres. Mount Everest is the Earth’s highest mountain and each member of the team had to ascend the tree around 20 times each to reach its height.

Bruce James, Arboriculture Lecturer at Myerscough College, organised the fundraising event. He said: “One of our second year students has recently been diagnosed with cancer and is currently undergoing chemotherapy. He is one of our best learners, always punctual, keen and hard-working and has recently married and welcomed a baby girl. He had every intention of setting up his own tree care company when fully qualified but this has been put on hold during his chemotherapy.

“We wanted to do something to help and suggested raising money for him and his young family but he very nobly stated that he’d rather we did it in support of Macmillan Cancer who are looking after him at the moment. It was an emotional event to be part of and all of the staff and students involved did a great job in conquering Mount Everest which was no easy feat. We’re proud to be supporting Macmillan Cancer Support and donations can still be made at www.justgiving.com/fundraising/Bruce-James,” he continued.