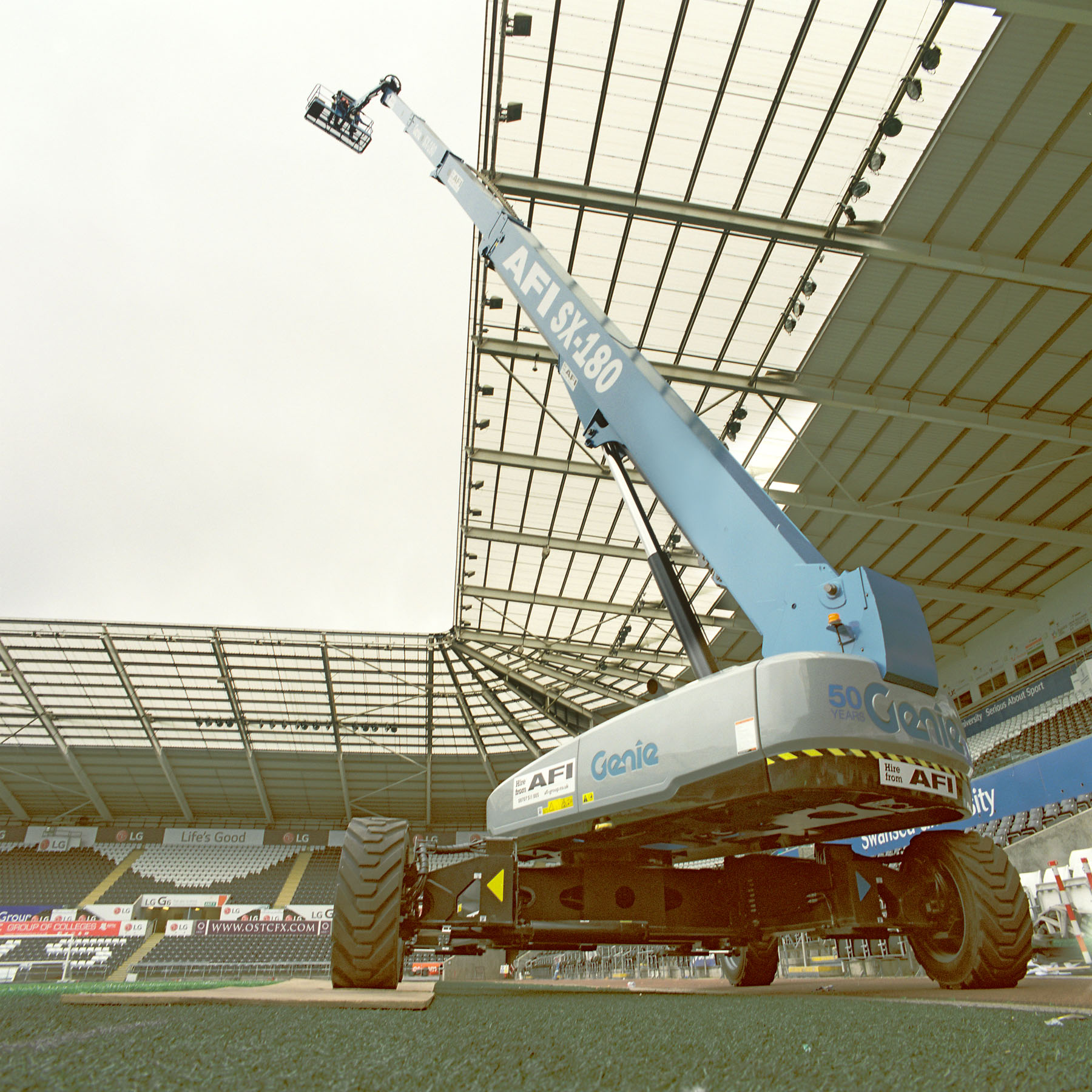 When a premier conference and events venue needed a boom lift to access a high-level stadium roof it hired the premier model from AFI’s fleet – the Genie SX-180.

Swansea Stadium Management Company, which oversees the general running of the Liberty Stadium in Swansea, was project managing the installation of a 4G mobile network and needed a boom lift that hasan exceptional horizontal reach to gain access to the stadium roof and to the back of the stadium’s walls.

Gordon David, Swansea Stadium Management Company’s Building & Facilities Manager, said: “The AFI Genie SX-180 was specifically used to install mobile network cabling and modules in the west side stand, as the roof is much higher there. The boom lift was positioned at the side of the pitch and we made full use of the machine’s vast horizontal reach to gain access to the far side of the stadium’s walls.”

“We also hired an AFI Genie S-80X boom lift for work on the other areas of the stadium where the roofs are not so high. We were very pleased with the performance of both machines and our customers will now reap the benefits of increased 4G capability,” he added.

The Genie SX-180 is one of the world’s largest boom lifts and is designed for extreme access jobs. It has a working height of 56.68m and a horizontal reach of 24.38m.