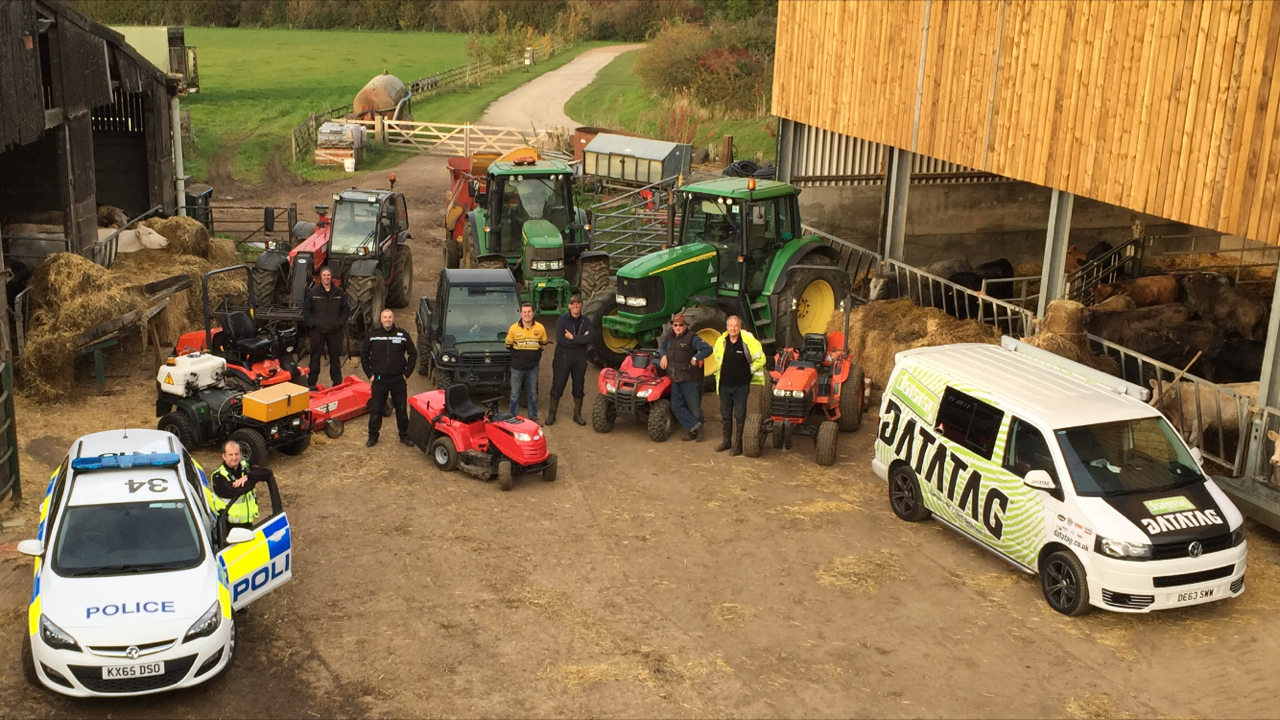 Datatag ID Limited, the leading provider of security marking technology for the official CESAR Scheme, supported a two-day rural crime initiative in Northampton on 25th& 26th October. Datatag’s Police Liaison and training officer, Vince Wise, was on hand throughout the two days to present the latest Datatag developments and initiatives in the fight against crime.

The event was organised by Northamptonshire officer PC John Hutchings and was held at two farms. Local farmers, and the wider community, were invited to the event and over 50 people attended. Many itemsof farm machinery and ATV’s were protected with the CESAR Scheme, which uses Datatag security marking technology, and other equipment including, UTV’s, RTV’s and trailers were marked with Datatag systems.

The official CESAR security marking and registration scheme ismade up of state of the art Datatag technologies including tamper evident warning and registration plates, RFID tags, Datadots and forensic DNA. The CESAR Scheme has proven its worthsince its introduction in 2007 by helping to reduce equipment theft by over 70%. Over 225,000 pieces of equipment are now protected by CESAR which is fitted by leading manufacturers including John Deere, Manitou, Merlo, Case and JCB.

Effective and responsible crime prevention enhances the quality of life for all communities, particularly those hardest hit by crime, such as the rural one. It has long term benefits, reducing the costs associated with the criminal justice system, as well as other social impacts that result from crime.

Datatag ID Limited has been instrumental in some of the most powerful crime prevention initiatives in recent years. The adoption of security marking systems to protect agricultural and construction equipment, marine craft and engines, motorcycles, quad-bikes, cycles and trailers has led to significant reductions in thefts and increased recovery of stolen marked property.

Datatag is active in many industry-wide groups including the Combined Industries Theft Solutions (CITS) and the Motorcycle Crime Reduction Group (MCRG) and it is in frequent dialogue with the police and law enforcement agencies about security marking technologies and databases throughout the world.