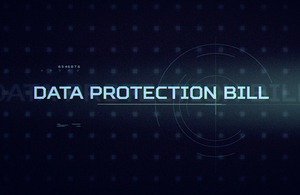 The Government has announced a statement of intent to updating and strengthening data protection laws through a new Data Protection Bill.

Under the plans individuals will have more control over their data by having the right to be forgotten and ask for their personal data to be erased. This will also mean that people can ask social media channels to delete information they posted in their childhood. The reliance on default opt-out or pre-selected ‘tick boxes’, which are largely ignored, to give consent for organisations to collect personal data will also become a thing of the past.

Businesses will be supported to ensure they are able to manage and secure data properly. The data protection regulator, the Information Commissioner’s Office (ICO), will also be given more power to defend consumer interests and issue higher fines, of up to £17 million or 4 per cent of global turnover, in cases of the most serious data breaches The Government says the Bill will bring the European Union’s General Data Protection Regulation (GDPR) into UK law, helping Britain prepare for a successful Brexit. The GDPR comes into effect in May 2018.

The next edition of Interface magazine will have a more detailed article on this topic but, in the meantime, details of the new Regulation can be found at ico.org.uk