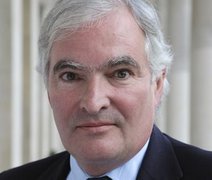 Lord Prior of Brampton, son of former cabinet minister Jim Prior, was given the construction brief as parliamentary under secretary of state at the Department for Business, Energy and Industrial Strategy in December 2016. He has now left office.

His replacement is 63-year-old Oliver Eden, 9thBaron Henley, who is an experienced government operator, having held junior office under John Major – albeit usually briefly – in the departments of Social Security, Employment, Defence, Education and Employment, serving until the Conservative government lost the 1997 general election. Since December 2016 he had been a junior minister at the Department for Work & Pensions.

The Federation of Master Builders offered its customary welcome, with chief executive Brian Berry saying: “We welcome Lord Henley to the position of construction minister. Lord Henley is clearly an experienced minister who will be able to bring to bear knowledge and understanding gained in a number of other government departments. Construction is a key strategic industry, with particular needs, and it is important that the Minister assigned to the industry recognises this. His work with the Construction Leadership Council will be important, but we will also expect him to remain aware that the vast majority of the industry’s employment and activity is undertaken by small and micro companies. A comprehensive strategy for the future of the industry needs to include these firms and provide a roadmap for the ongoing professionalisation of the wider industry.”