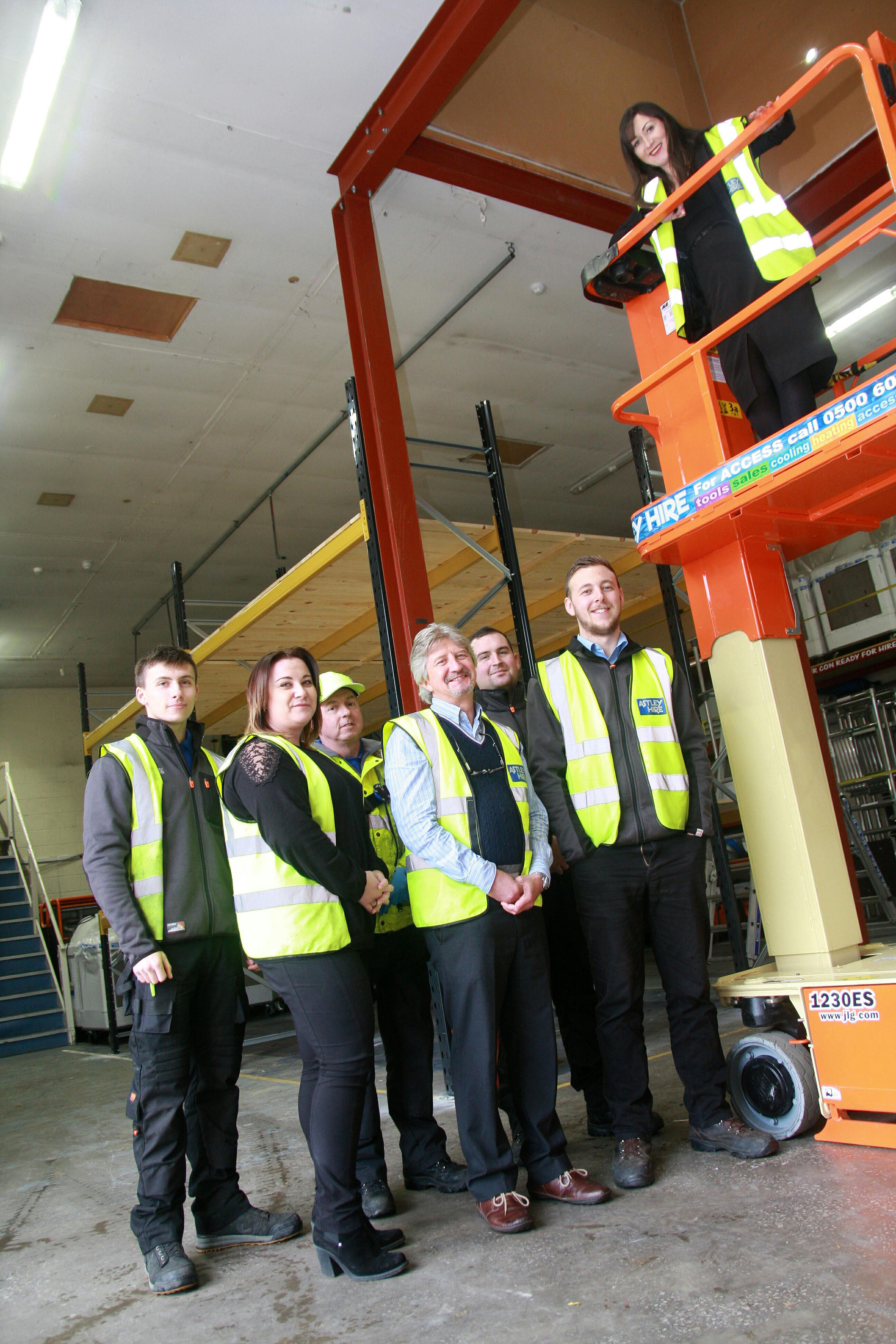 A top sales representative who deals in industrial machinery for family-run Leigh firm Astley Hire, is enjoying success with her fun-loving alter ego - as a stand up comedian.

By day, Lindsey Davies deals in cherry pickers, scaffolding and hi-tech cleaning equipment, from her desk at Astley Hire in Lloyds Court on Jury Street.

By night, the mum-of-three from Leigh is an emerging star on the North West comedy circuit, with regular gigs in Manchester, Merseyside and Cheshire.

The aspiring sit-com writer has even had a laugh out loud book published called “Mr Wrong”, and two performances under her belt at the Edinburgh Festival.

Mainly based on her hilarious insights into romantic relationships, Lindsey’s comedy

career began while she was studying for a Masters degree in script writing, at the University of Salford.

Since then, she’s gone on to write the first in a trilogy of books full of tongue-in-cheek

humour about relationships and dating, and appears regularly at stand-up gigs around Lancashire, Greater Manchester, Merseyside and Cheshire.

Further afield, her successes include a drama stage play, which was in aid of Help For Heroes and performed at the Edinburgh Festival in 2013. The play was praised through a message of support by actor Sir David Jason.

Lindsey said she can go from doing one gig one week to five the next, she is gearing up for her first “gig at sea” on board a P&O Ferry to Amsterdam, and the sequel to her book Mr Wrong is due out in the New Year.

But it’s not always easy to juggle her stand-up antics with her regular job, as well as bringing up three young children.

Lindsey says it’s down to the support of her colleagues and bosses at Astley Hire, well as her friends and family, that she’s been able to achieve so much.

“I travel around hiring industrial equipment, I talk with customers, I help on site surveys and research companies who might want to use our products and services, but it couldn’t be any further removed from what I do when I clock off.

“When I leave the office, that’s when my alter ego comes out, and I become a jester.

“Everyone in work knows me as a joker, but it’s a completely different life compared to being in the comedy business.

“Everyone at Astley Hire is extremely supportive of me, which I’m thankful for as I wouldn’t be able to do it without their help,” she said.

In fact Lindsey’s bubbly personality is an asset to her employers, says Astley Hire managing director Stephen Dorricott, whose dad set up the company 50 years ago.

“Lindsey is such fun to have around. Her bubbly personality and ability to communicate with people means she’s a great sales person and an asset to the team here at Astley Hire.

“She’s good fun to have around as well as being excellent at her job!”

It has six divisions, hiring and servicing industrial access, cleaning, cooling and heating equipment, scaffolding and tools to trade and industry

customers across the North West, including household names Heinz, McVities and Patak’s.

Lindsey explained how she got into comedy writing while studying for her Masters in sit-com writing five years ago, at the University of Salford.

“There was a lad on my course who was doing stand-up at an open mic night and I went along to watch him one night,” she said.

“I’d never thought about performing before until then but I decided to give it a go.

“I was really nervous and I had a terrible memory so I started out reading from a notepad and used to pin notes to a speaker as a prompt.

“But once I got people laughing, the adrenaline kicked in and I found it addictive and wanted to do it more.”

Lindsey’s humour is aimed at an adult audience and is not for the bashful.

As well as working on her book trilogy, a website and a YouTube channel showing “silly sketches” to promote herself further are also in the pipeline.

“Most of the time, I have to dash straight from work to a gig and before now, have turned up in my work clothes,” Lindsey added.

“My life is pretty hectic but my bosses at Astley Hire know that I have ambitions for my comedy, I even stated it on my CV, but they’ve always been really

good about it, they are a very good company to work for.

“The epitome of success for me would be to be sat at home watching something on television that I had written or been a part of, but for now,

I’m happy hiring cherry pickers until I get there.”