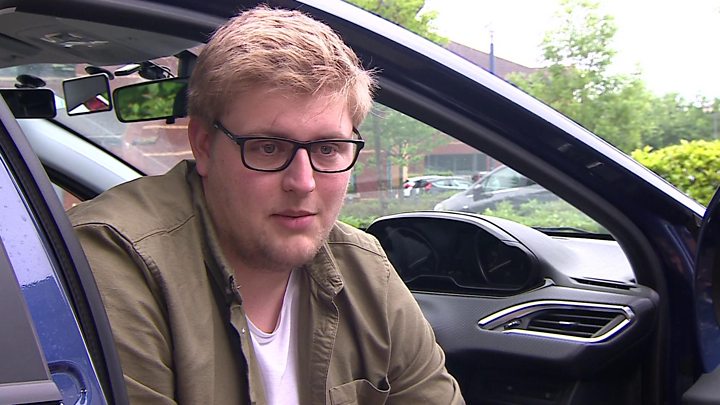 Learner drivers in England, Wales and Scotland are now allowed to have lessons on the motorway.

Previously only those who had passed their test could do so, but lessons are now allowed in a dual-control car with an approved driving instructor.

The government says the move will help learners gain experience to drive safely.

The law change has been welcomed by the AA and RAC Foundation, among other motoring groups.

Road safety minister Jesse Norman said: "Britain's roads are among the safest in the world, but road collisions remain the second biggest killer of young people.

"Allowing learner drivers to have motorway lessons with a qualified road safety expert will help more young drivers to gain the skills and experience they need to drive safely on motorways."

Instructor Sharon Starr, whose driving school is based in Stoke Newington, north London, is in favour of the plans - but says that many instructors do not offer motorway lessons because they perceive them to be more dangerous. She has this advice for first-time motorway drivers:

As many as 8% of licence holders avoided motorways for at least six months after passing their test, an AA poll of more than 20,000 motorists suggests.

More than a quarter said they felt scared when they did drive on a motorway for the first time.

"This change, which will help broaden the opportunities they have while learning, is very positive.

"It is somewhat perverse that five minutes after passing the driving test a new driver could venture alone on to a motorway without having had any motorway tuition."

Rural, urban or motorway - where is it most dangerous to drive?

The number of collisions is higher in urban areas however there is a greater chance of dying on rural roads.

In the period 2011-15 the average number of fatalities occurring on rural roads per year was 987 compared with 585 on urban roads.

Over the same time period an average of 90 people per year were killed on motorways.

Serious and slight injuries were higher on urban roads than rural.

"There is a lack of proper lighting, people take more risks when there are less people around and some drivers treat quiet roads like a challenging race track," she says.

Source: Royal Society for the Prevention of Accidents and Department for Transport

A fifth of all fatalities on Britain's roads in 2016 involved crashes where a driver was aged 17-24, despite those drivers making up just 7% of all licence holders, Department for Transport figures show.

Road safety charity Brake urged the government to introduce a graduated driver licensing system including restrictions for a certain period after passing the test, such as a late-night driving curfew.

Director of campaigns Joshua Harris said: "While today's move is a small step in the right direction, a total overhaul in the way in which we learn to drive is urgently needed."