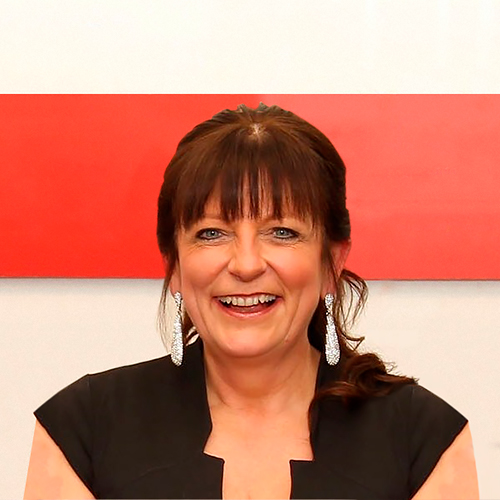 Julie Summerell has been elected as ACFO’s first regional chairman following the restructuring of the UK’s premier fleet decision-makers’ organisation.

The election of Ms Summerell, an active member of ACFO for more than 20 years, serving as a Midlands Region officer since 2006 and chairman since 2008 - James Pestell, currently secretary of ACFO’s East Anglia Region, was the only nomination for regional secretary so was elected unopposed - follows the decision by ACFO to reduce to one region from 1 January, 2018.

The announcement of Ms Summerell and Mr Pestell’s appointments was made by ACFO national chairman John Pryor at the organisation’s annual Awards dinner tonight (Thursday, 16 November, 2017).

Founded more than 40 years ago with meetings and networking focused around nine regions of the UK, ACFO is to reduce to one region due to dwindling attendances at meetings and introduce regional webinars in addition to continuing to hold its popular twice-a-year seminars on key issues.

Furthermore, as ACFO evolves it will continue to:

Ms Summerell and Mr Pestell, who has more than 15 years’ fleet experience and is national sales manager across IFC Group’s four core businesses - IFC Fleet Services, Vertivia Mileage Management, Goodwood Rental and BBS Fleet Logistics, will act as the link between ACFO’s six-strong board of directors and its membership. They will both attend board meetings, but in a non-voting capacity. Their key role will be to facilitate and lead the regional webinars which, if demand requires, could be held more frequently than the planned two a year.

Mr Pryor said: “The fleet industry and the role of the fleet decision-maker continues to evolve and so must ACFO.

“Member feedback indicates that managers are quite prepared to attend a day-long seminar where they can obtain a wealth of comprehensive information on a major issue impacting on them, their organisation and their drivers and additionally quiz knowledgeable speakers and network with colleagues.

“Simultaneously, fleet decision-maker attendance at regional meetings that have already reduced to two a year has been shrinking. Employer demands placed on fleet decision-makers today, which increasingly sees them combine managing vehicles and drivers with a procurement, HR or finance role, means they are finding it difficult to make the time available to attend regional meetings.

“We believe that the new structure, which will see the twice-a-year regional meetings replaced by spring and autumn webinars to keep members up-to-date with the very latest ACFO, regulatory and legislative news, coupled with our seminar programme tackling agenda-topping issues will prove popular and less time consuming than travelling to attend regional meetings.

“As a result, we hope the development will act as a springboard to encourage employees with fleet management responsibility to join ACFO and take part in the webinars from their offices. Today’s technology enables fleet operators to interact and discuss key issues without the need to network in person at meetings, simultaneously having a positive environmental impact.”