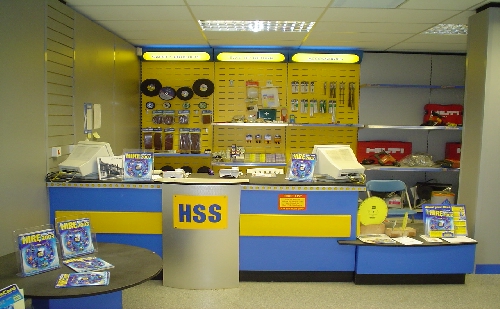 Actions taken include branch closures, sales initiatives and moving test and repair of equipment back into branches.

During the first half of the year net debt was reduced by £7.5m from £232.7m to £225.2m. Under the terms of a new loan facility agreement shareholders will be seeing no dividends until the net debt leverage ratio falls below 2.5x at the earliest.

The £60.5m sale of UK Platforms to Nationwide Platforms is expected to complete in the fourth quarter, so long as the Competition & Mergers Authority does not intervene, which will bring net cash proceeds of £47.5m for HSS, the majority of which will be used to pay down debt.

Chief executive Steve Ashmore said: "We are eight months into our new strategy and the group has made significant progress. In this time we transitioned seamlessly to a new distribution model, refinanced the group giving us long-term stability and announced the sale of our UK Platforms business, allowing us to focus on the tool hire business and further reduce our debt.

“Alongside this strong operational progress, trading has been much improved, helped by our increased focus on our tool hire business and by customer demand for our extensive range of relevant seasonal products.

“With significant operational change behind us and continued momentum in current trading, we look forward with confidence as our attention turns to driving improved performance from the tool hire business and strengthening the group's commercial proposition."