PRESS RELEASE: Experienced SME Housebuilders and Developers Could Benefit From the UK's Decision to Leave The European Union 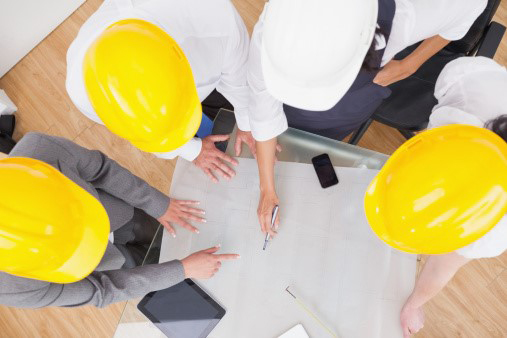 That is the view of a number of the property professionals who were contacted by Development Finance Today regarding the outlook for SME housebuilders post-Brexit.

Earlier this month, the Federation of Master Builders reported that in a recent survey of SME housebuilders 69% said they had yet to see any changes to their business post-Brexit.

However, in July insolvency firm Begbies Traynor warned that almost 50,000 property and construction firms were at risk due to Brexit.

Despite this many of the development finance lenders and one building trade body who were contacted by Development Finance Today felt the future looked good for SME housebuilders.

Bob Sturges, head of PR and communications at Fortwell Capital, said that for many housebuilders the fundamentals had yet to change.

"While funding is clearly going to be more of a challenge in the immediate post-Brexit landscape than, say, a year ago, I see no reason to suppose that first-class builders and developers will not continue to thrive.

“...Lenders – whether mainstream or alternative – will always usually support clients able to demonstrate a proven and consistent track record of delivering successful outcomes.”

James Bloom, managing director of development finance at Masthaven, added: “There will always be opportunities for SME housebuilders who are well-funded and capitalised.

“The vote to leave Europe has created uncertainty in the market which could last a prolonged period of time due to the Brexit process.

“This uncertainty could adversely affect the availability of finance for some SME housebuilders.

“However, this will also provide opportunities for those who have positioned themselves well and are working with a well-backed funder.”

‘Brexit will not change the housing crisis’

“Brexit will not change the housing crisis and so the outlook for SMEs depends on [the] government.

“If policy prioritises supply over demand, the outlook will be positive.

“This change would be significant for SMEs because they support the open and rented market, housing associations, councils, co-operative groups and custom build.”

Ashley Ilsen, head of lending at Regentsmead, also felt there were other issues other than Brexit and pointed to problems such as land supply and labour availability.

“Should the market continue as it has done, then developers will do well to move their finished products on with either a sale or a refinance.

“However, any slowdown on this side of things will again have serious implications for SME housebuilders.”

Ashley added that there was currently a lot of uncertainty, which markets never respond well to.

“Thrown into the mix is the added interest in a pivotal election in the United States later this year that could have major repercussions for the global economy.

“The facts still remain the same though, and we are still experiencing a dramatic shortage in housing and, in particular, affordable housing, so the demand is always there, we just need to make sure we continue to deliver quality stock over the coming years.”

Meanwhile, Rico was concerned that Brexit could exacerbate the skills shortage for housebuilders post-Brexit, which may make developments more expensive.

“The solution is to stimulate local employers and trainers, the SME housebuilders, as well as streamline planning to reduce overall costs.”

‘For inexperienced or opportunistic developers, however, the picture is less promising’

Speaking of what potential problems could be faced by SME housebuilders, James added: “In times of uncertainty, housing market pricing is always watched closely, which can be unsettling for SME housebuilders making decisions about whether to borrow and build.

“There may also be a potential tightening of liquidity given [that] some lenders may have less of an appetite to lend into the SME housebuilder space.”

Meanwhile, Bob felt that further down the line builders could benefit from relaxed regulatory requirements post-Brexit, but had a warning to inexperienced developers.

"For inexperienced or opportunistic developers, however, the picture is less promising.

“They may still be able to fund their projects through debt, but to secure it they might have to look to other less-transparent parts of the market where the terms on offer will reflect the risk presented.”