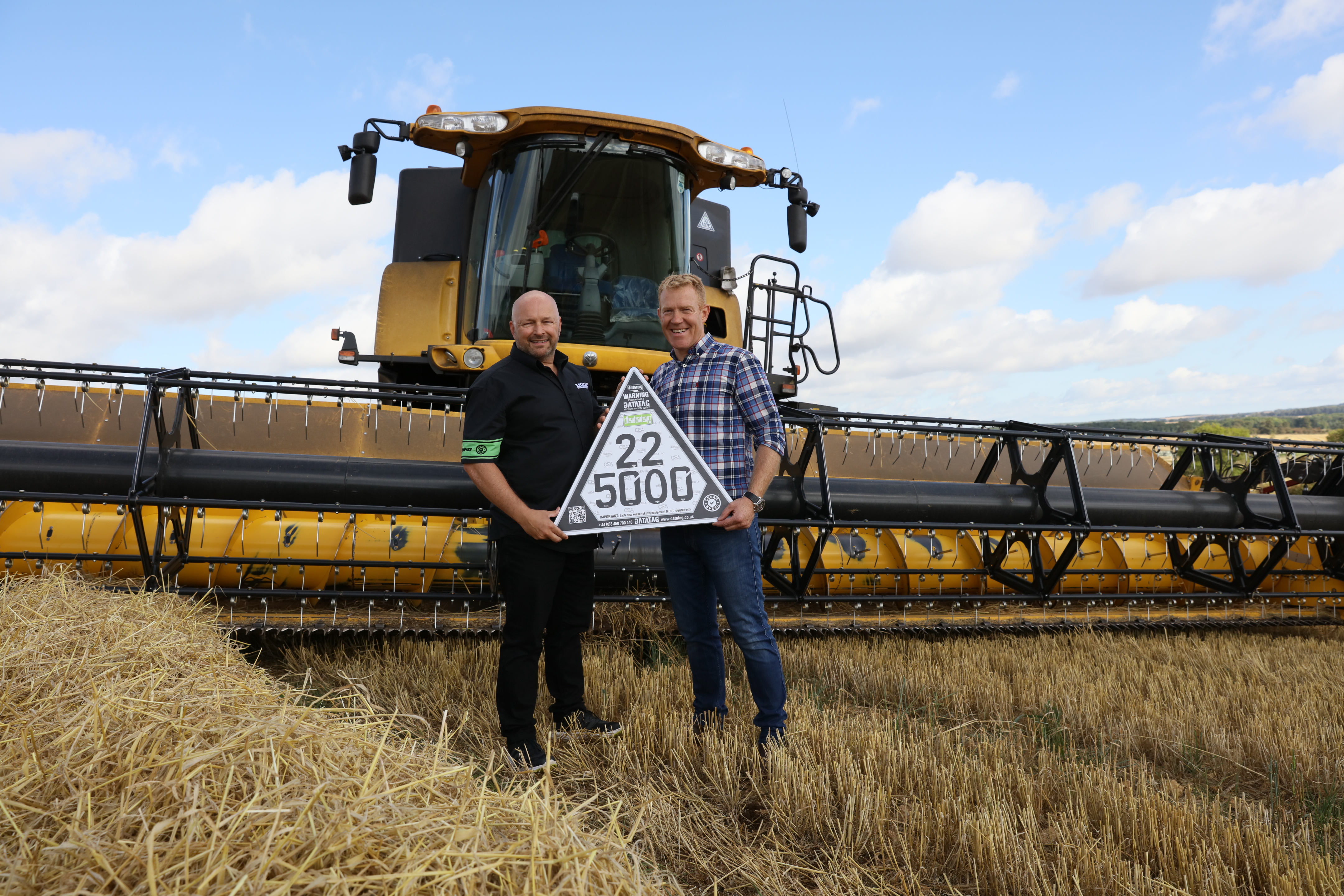 The official CESAR Scheme passed another landmark as the 225,000thsystem was fitted to a machine belonging to the popular BBC Countryfile presenter Adam Henson.

Adam’s New Holland combine harvester was put straight to work after Datatag fitted the security system on September 8th. It’s not the first time that Adam has put his faith in CESAR as many of his other machines are protected by the CESAR Scheme at his Cotswold farm.

Datatag’s Police Liaison and Training OfficerNick Mayell, fitted the Datatag supplied CESAR system to the combine before it started work for the day. Nick was pleased to be back at Adam’s farm having previously fitted CESAR to many of his other machines. Datatag MD Kevin Howells, who visited the Gloucestershire Farm in 2010 when Coutryfile presenter John Craven investigated equipment theft, commented, “I’m delighted that Adam has chosen to have another of his machines protected with CESAR. It’s vital that we continue to make people aware of the problems associated with machinery theft, which costs millions of pounds a week. I’m particularly pleased that the rural community is taking the threat seriously as recent reports have highlighted that equipment theft*1 is again on the increase. It’s truly remarkable to have hit the 225,000 landmark before CESAR is ten years old”

The official CESAR scheme, which is powered by Datatag technology,works by giving each piece of equipment a unique and permanent ‘fingerprint’ using an array of covert and overt high technology security marking devices including tamper evident triangular registrations plates, Radio-frequency identification (RFID) transponders, forensic liquid DNA, and microscopic Datadots®.

CESAR, the most successful scheme of its type anywhere in the world, is widely regarded as having had a marked effect in reducing equipment theft in the UK since its launch in January 2007. The ‘CESAR effect’ has reduced overall equipment theft in the UK by over 46% in the past few years. CESAR is widely supported by government agencies, trade associationsincluding the Agricultural Engineers Association, leading insurers and the asset finance industry as it is a proven deterrent against theft and an invaluable aid in recovery.