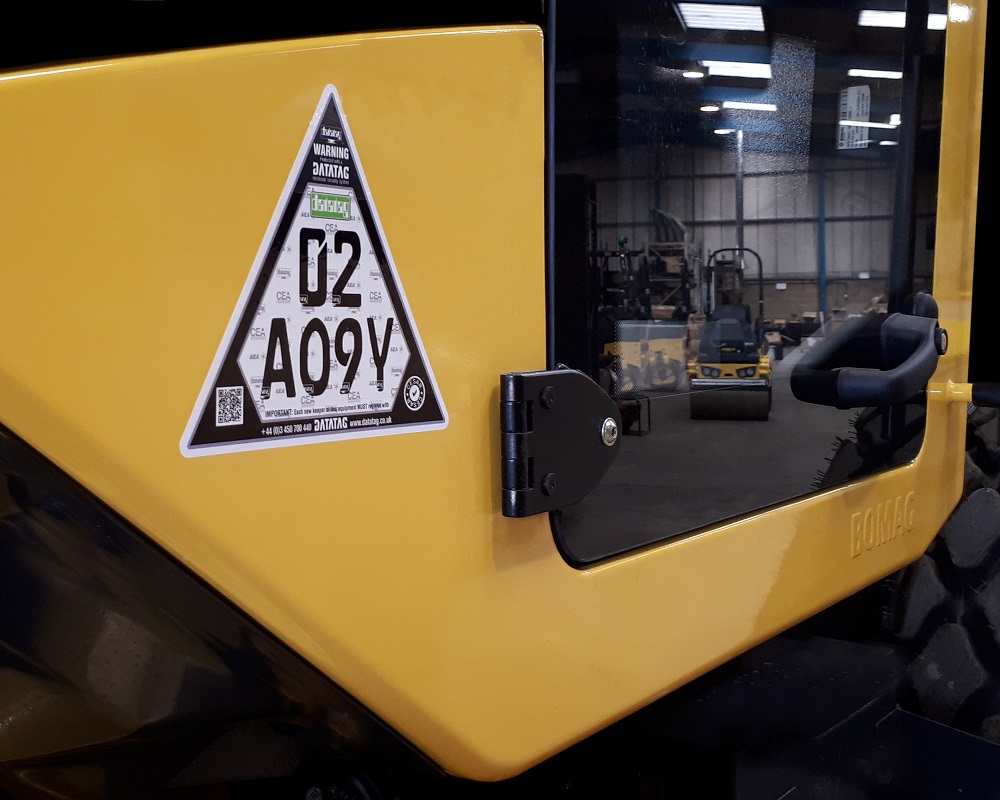 BOMAG, the leader in compaction technology, has stepped-up its security marking on its ever-popular range of asphalt tandem and single drum soil rollers in response to consistently high rates of theft. Over 100 BOMAG rollers were stolen in the UK in 2017.

The CEA’s official security marking scheme CESAR has been available as an option from BOMAG since July 2008 but from August it will be fitted as standard to all new tandem and single drum rollers sold in the UK directly and through BOMAG’s nationwide network of official Compaction Centres.

Equipment theft has been markedly reduced, by over 60%, since the launch of CESAR in 2007 but it remains a problem in the construction industry with over 2,300 pieces of construction equipment, worth over £60m, stolen in 2017. Compact equipment is now the most commonly stolen equipment as professional and opportunistic thieves steal equipment in large panel vans with Mini-excavators, site-dumpers and tandem rollers disappearing from sites daily, many ending up in Eastern Europe only days later.

CESAR acts as a deterrent against theft and an invaluable aid in recovery, with CESAR marked machines more than twice as likely to be recovered as unmarked equipment. CESAR will be fitted to the BOMAG machines by fully trained and criminal record bureau (CRB) vetted technicians at its British base in Larkfield, Kent and by its official dealers.

Bomag’s National Sales manager Simon Kennedy had this to say on the announcement “Bomag is a recognized quality brand and is in high demand around the world. With an increase in plant theft in general, it is right that we do what we can to deter theft in the first place and assist with recovery in the second.
Cesar from Datatag offers us a realistic and workable solution.”

BOMAG customers will benefit from this move with enhanced security and reduced insurance premiums as most leading insurers offer insurance premium discounts of up to 25% for CESAR marked machines.