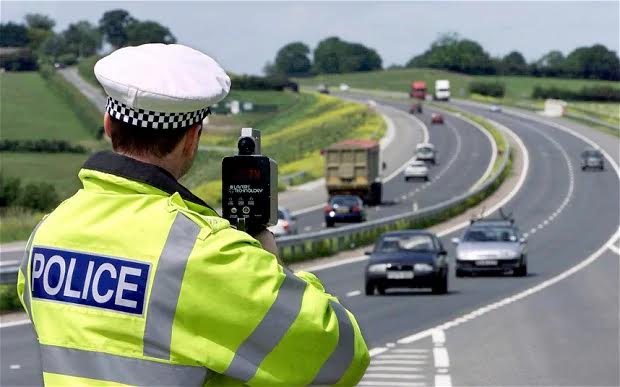 Drivers who speed now face much tougher penalties in a bid to crack down on motorists who consistently flout the law.

Drivers now face massive penalties under new sentencing guidelines. They will be used to sentence adult offenders in all magistrates' courts in England and Wales which came into effect on April 24, 2017.

The harsher penalties for serious offenders sees the maximum possible penalty jump to £2,500 from £1,000.

Fines for motorists caught going well above the speed limit now start from 175 per cent of their weekly income rather than the previous level of 100 per cent.

Previously in the UK, the minimum penalty for speeding was a £100 fine and three penalty points added to your driving licence - while the maximum fine was £1,000 or £2,500 for motorway offences.

But, due to the new guidelines now in operation, those caught driving at more than 101mph in a 70mph speed limit could be disqualified for up to 56 days and get a fine of between 125 and 175 per cent of their relevant weekly income.

Or, if they are caught going between 31 and 40mph in a 30mph zone, they will get three penalty points and a fine of between 25 and 75 per cent of their weekly income. The Sentencing Council said the move to increase penalties aims to ensure there is a "clear increase in penalty as the seriousness of offending increases".