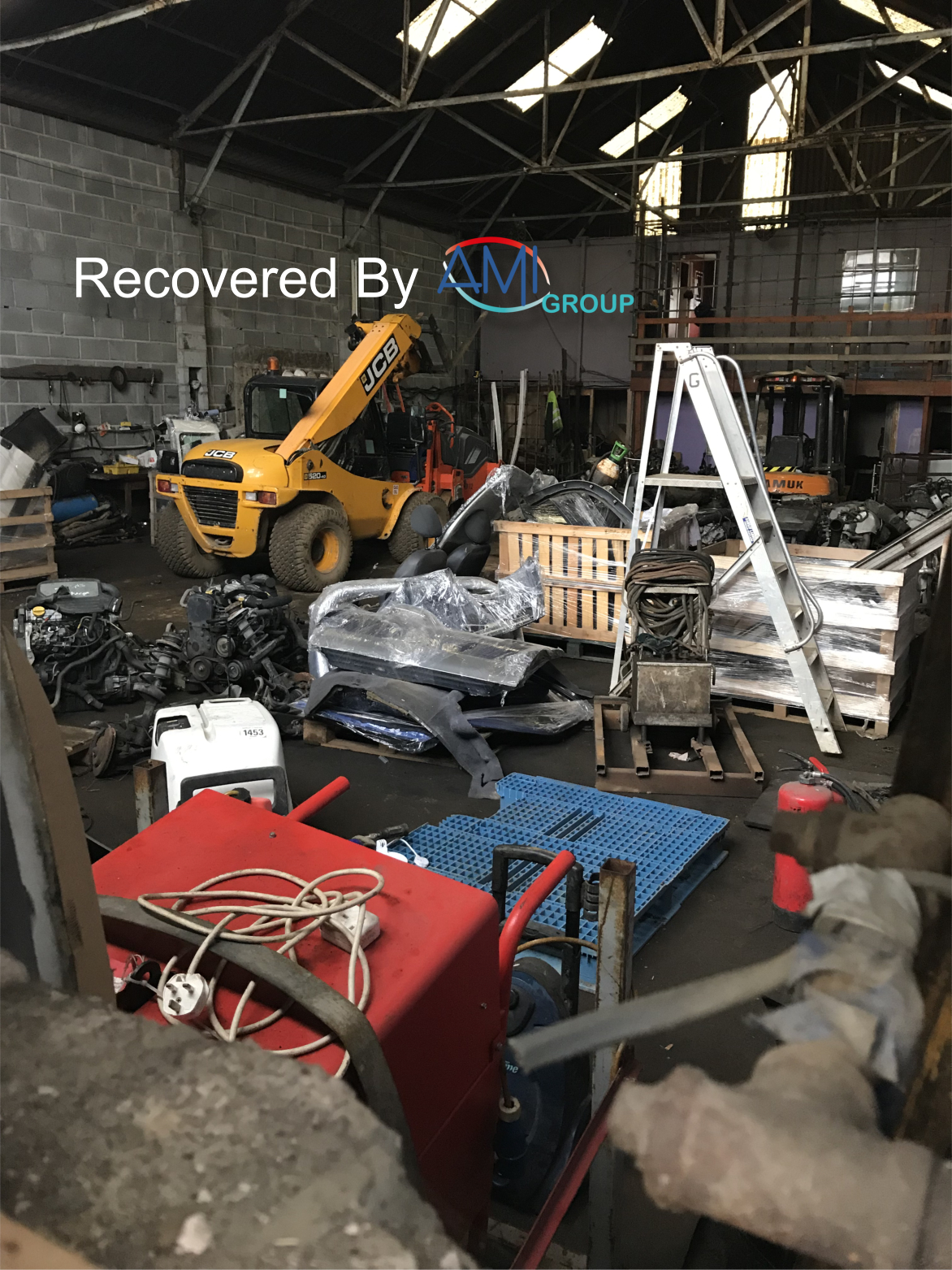 The recovery of a stolen roller protected with a wireless, battery operated tracking device from AMI Group has led West Yorkshire Police to a haul of other stolen plant and equipment worth £250,000 in Scarborough.

AMI’s monitoring station received a phone call in the morning from a customer reporting the theft of a Bomag BW120 road roller. Fortunately the roller was protected with the AT5, AMI’s covertly installed tracking device, plus a third party immobiliser. The AT5 utilises state-of-the-art GPS (Global Positioning System), GSM (Global System for Mobile Communications) and RF (Radio Frequency) technology, with highly sensitive assisted GPS positioning accurate to within 1 metre.

Once the AT5 is fitted to a piece of plant machinery, both AMI’s monitoring station and the customer concerned can also log on to the AMI Nexis web-based portal to establish the exact destination of the asset. AMI swiftly activated the hidden AT5 tracking system and carried out minute-by-minute monitoring of the stolen roller. AMI’s monitoring station could see that the roller was being transported inside a vehicle along the M18. AMI’s finder team were immediately put into action and followed the vehicle in hot pursuit.

The AMI finder team followed the roller’s AT5 signal to a locked compound in Scarborough and despatched a drone to survey the site to try and gain photographic evidence that the roller had been placed within the compound. The drone survey revealed that the stolen Bomag roller was indeed there and AMI’s finder team subsequently entered the compound alongside the West Yorkshire Police.

The Police and PANIU (Plant and Agricultural National Intelligence Unit) confirmed the identity of the Bomag roller which was successfully recovered the same day by AMI’s customer. The compound was subsequently searched and a haul of other stolen equipment worth £250,000 was found, including another stolen roller, a Manitou telehandler, a JCB telehandler and other items of equipment. Further investigations are currently ongoing with the Police.

This huge haul of stolen plant equipment was uncovered due to the Bomag roller being fitted with AMI’s battery operated AT5 tracking device. The AT5 actively monitors over £475 million worth of assets and has helped customers across the length and breadth of the UK track down and recover stolen equipment. Offering the industry’s longest lasting battery life of up to 20 years without need for replacement or recharging, it is virtually impossible to trace in the event of a theft as it has no external wires, antennas or connections to trace. It is scanner-proof, remaining undetectable via a wake-sleep cycle mode, and because it is palm-sized at just 54 x 65 x 37mm, it is much smaller than comparable tracking devices yet still offers an IP68 waterproof rating.

In 2016 and again in 2017 AMI Group was named ‘Best for After-Theft Recovery Technology and Recognised Leaders in Plant Security Systems - UK’ as part of the Technology Innovator Awards held in conjunction with CV magazine.