PRESS RELEASE: AJC EasyCabin is on Top of the (Green) World 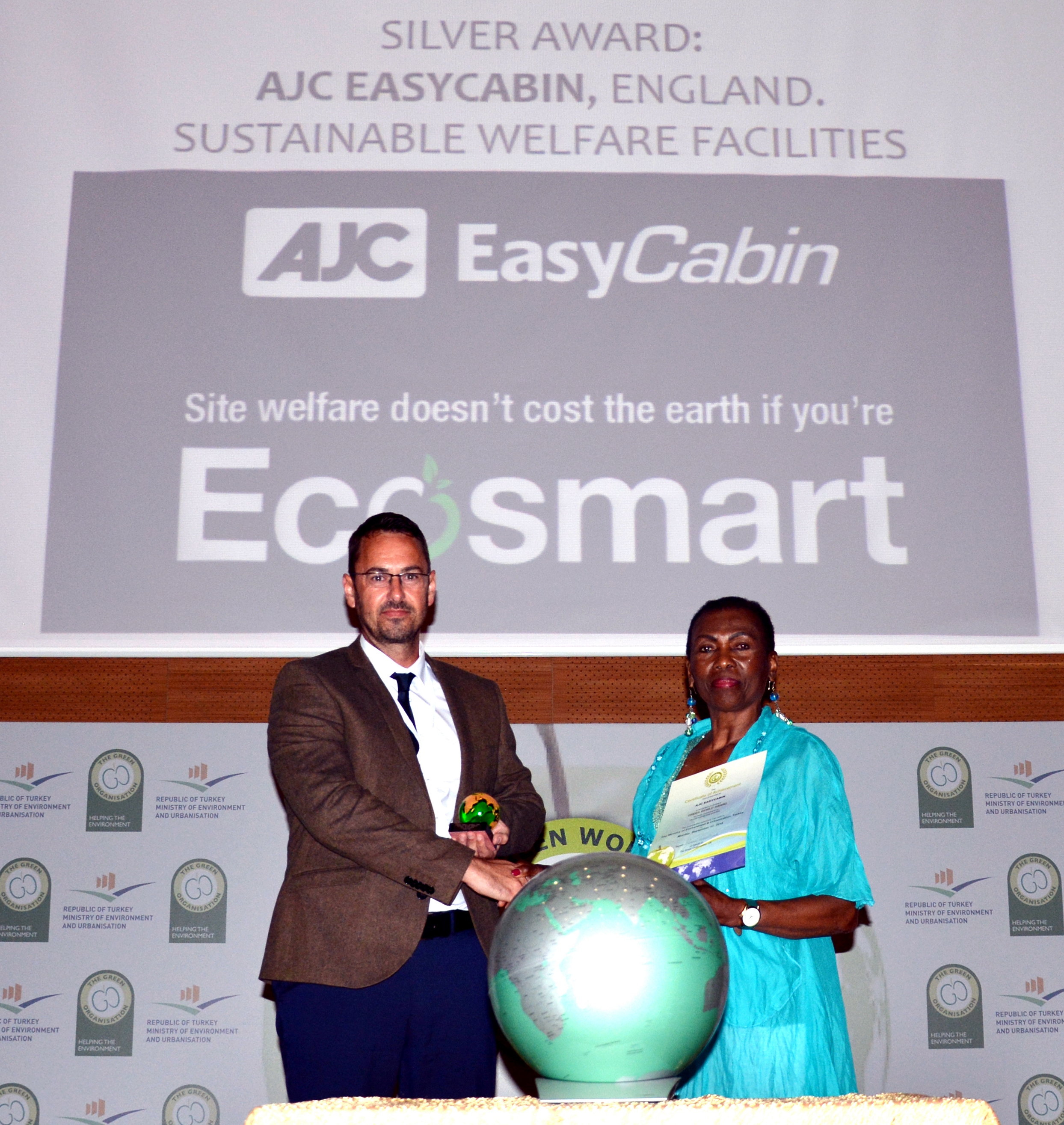 The year 2018 will be heralded as a significant milestone in the evolution of the manufacturer of environmentally biased temporary accommodation units, AJC Easy Cabin.

The Luton based company, which champions the development of sustainable solutions for power, heat and light, have been awarded a top honour in this year’s Green World Awards.

The presentation ceremony, which took place on 17th September 2018, was hosted by the Turkish Ministry of Environment and Urbanisation in Ankara, Turkey. AJC EasyCabin’s Operations Director Simon Fletcher accepted this coveted award on behalf of the company.

The Green World Awards are the top tier of the Green Apple Awards – enabling companies and organisations to win environmental recognition not only for themselves, but also for their countries.

Speaking after being presented with the world silver award, Simon said, “I am so proud of what we have won today. The AJC EasyCabin team have worked very hard to achieve this honour. I pay tribute to my colleagues who have worked with me on this project.”

“The winners across the board did some amazing stuff, however, at AJC, we still have much to achieve. We will be redoubling our efforts in the future to develop increasingly fuel efficient products to complement our range of accommodation units,” added Simon.

The judges recognised AJC EasyCabin’s use of new energy-saving and carbon reducing systems that are incorporated into all of their Eco temporary accommodation units.

EasyCabin is the brand name for static and mobile welfare accommodation units manufactured by AJC Trailers Limited. The company has been around since 1964 and presently operate from a modern 32,000 sq. ft. plant, based in Luton, Bedfordshire. EasyCabin products are used widely in the Construction, Rental, Rail and Events markets.