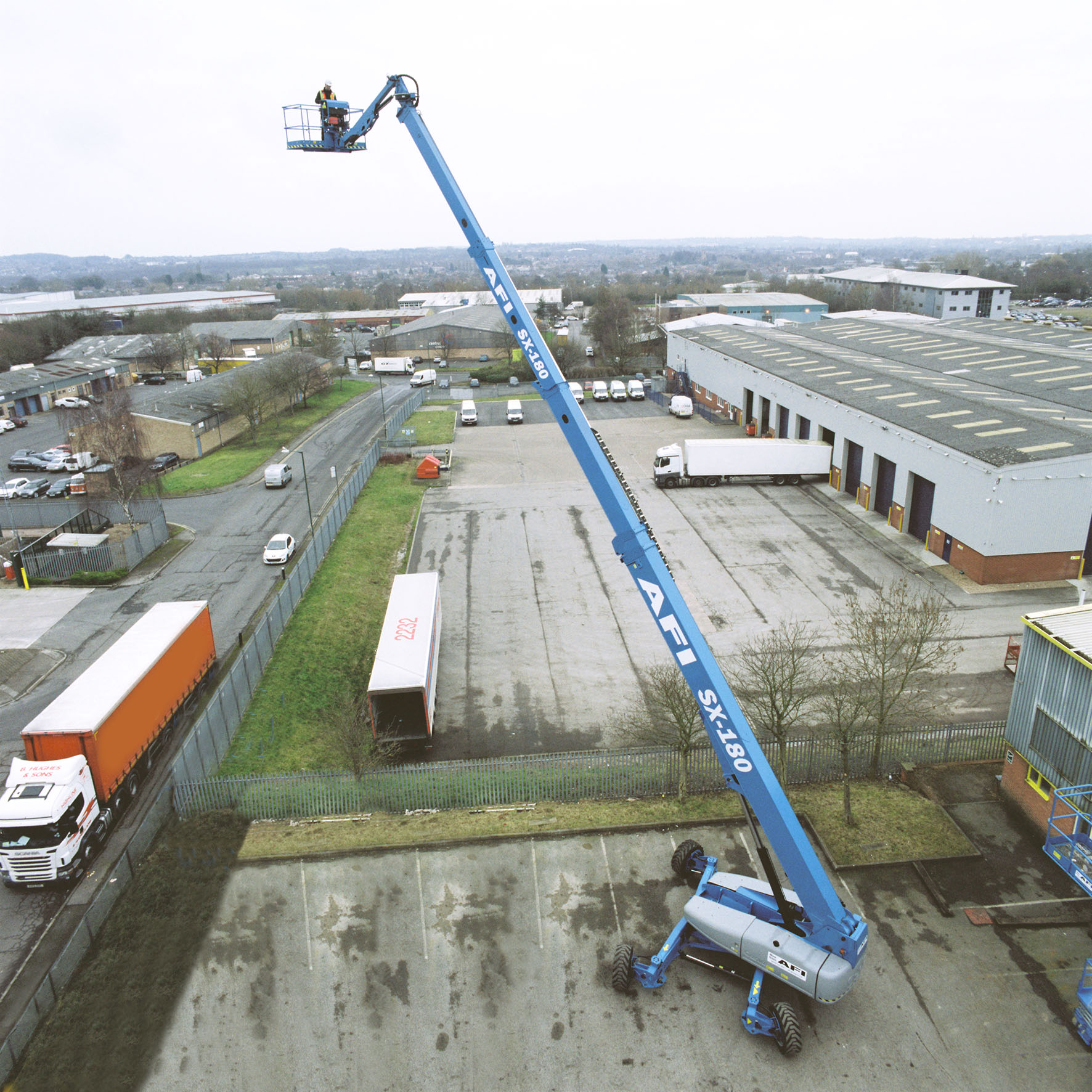 With a working height of 56.69m and a horizontal reach of 24.38m, the SX-180 is designed for extreme access jobs. The machine’s newly designed X-chassis extends and retracts to provide both stability on the job and a narrow profile for transport.

Steve Williams, AFI Managing Director (MEWPs) said: “Extending our Super-Set range is a key objective for AFI and the addition of the SX-180s is a natural step towards offering a complete range of large booms and scissors. We currently have over 80 machines in the range and our aim is to expand thisto 100 machines.”