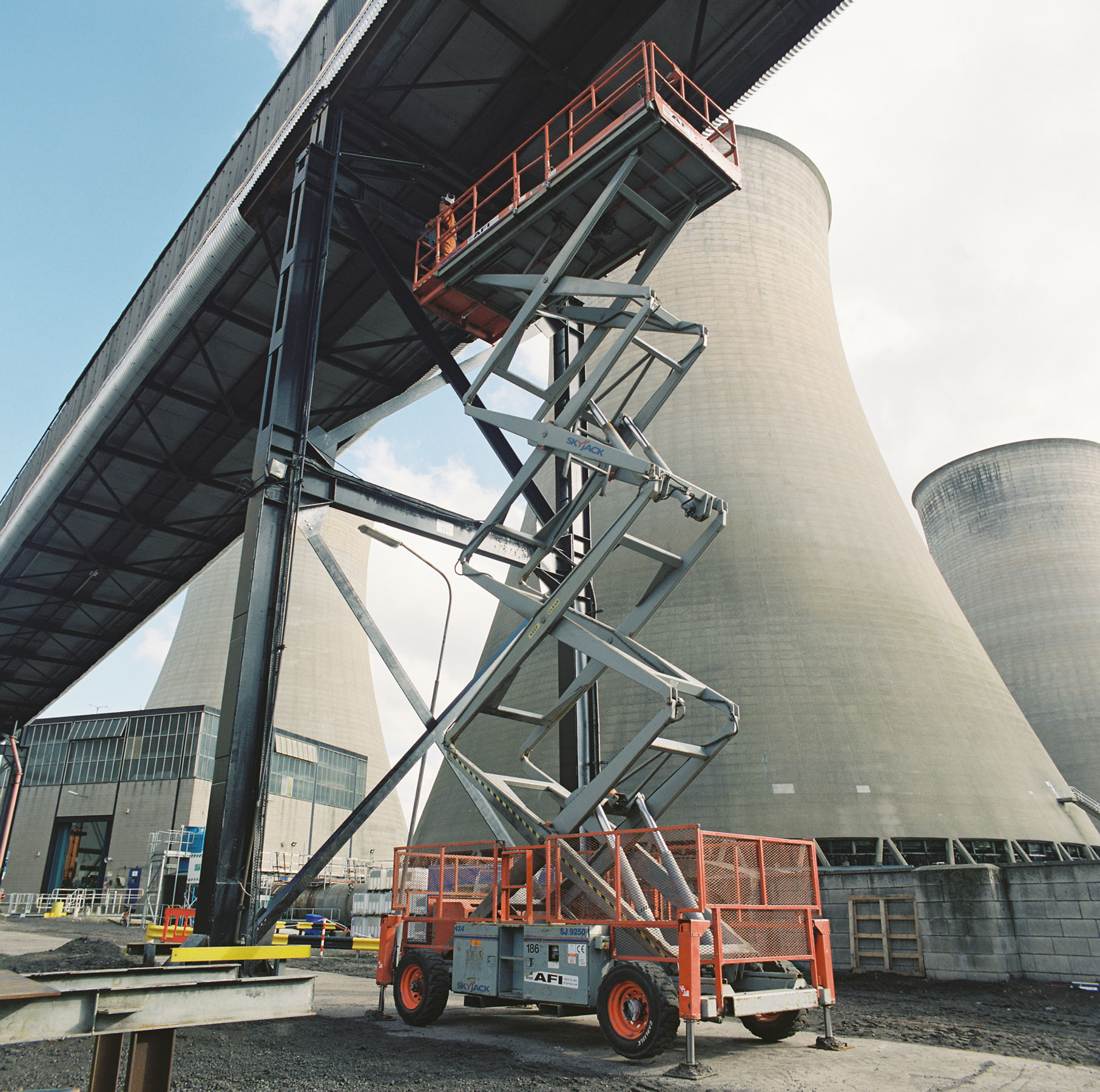 Some of the largest powered access machines from the AFI fleet were hired by contractors carrying out major remedial work to a coal conveyor at Cottam Power Station in Nottinghamshire.

from AFI’s Super-Set range – a Genie 135 and a JLG 125 – together with a Palfinger P570, the largest truck mounted platform from Wilson Access, a division of AFI.

HL Engineering Director JohnPaulHaigh said: “The work was very challenging as it involved working at heights of up to 135 feet to replace57 tonnes of steelwork over areas which included propane tanks and other sensitive plant. The 0.5km long conveyor also had to remain operational during the project, so careful phasing and planning of the works was critical.”

“AFI carried out a site survey and specified the most suitable powered access machines for our work. The scissor lifts were ideal for working underneath the conveyor and we used boom lifts when there was a requirement to reach over it. The 41m horizontal outreach of thePalfinger P570 truck mount enabled us to easily access part of the conveyor that passed over a large dyke,” he added.