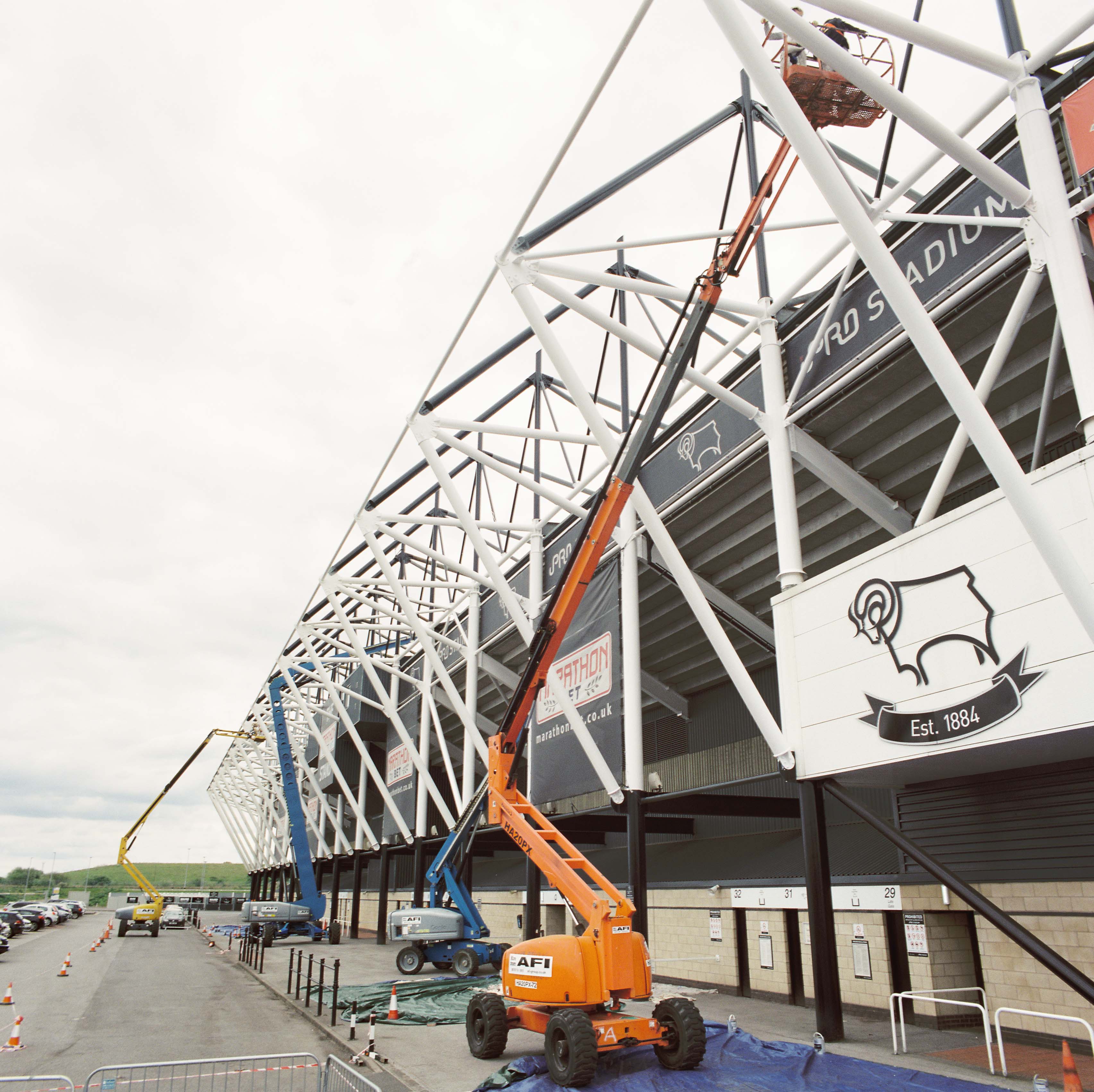 Contractors working at Derby County FC’s Pride Park Stadium hired some of the largest boom lifts in the AFI fleet for apainting contract at the Championship club.

Whittle used the five machines to reach the galvanised roof and steelwork around the stadium so that they could paint it in the football club’s colours of black and white.

Peter Twells, Whittle Programmed Painting’s Estimator & Surveyor, said: “We had between six and 12 men working at the stadium at any one time and the galvanised roof alone needed to be painted three times. The AFI boom lifts gave our operatives the working height and manoeuvrability needed to carry out the work and I am pleased to say that we finished two weeks ahead of schedule.”