The Government's announcement that it plans to introduce legislation to mandate the inclusion of anti-terrorism measures at all UK venues with a capacity of more than 100 has been welcomed by arena operators but there remains concern about its impact on small independent venues. 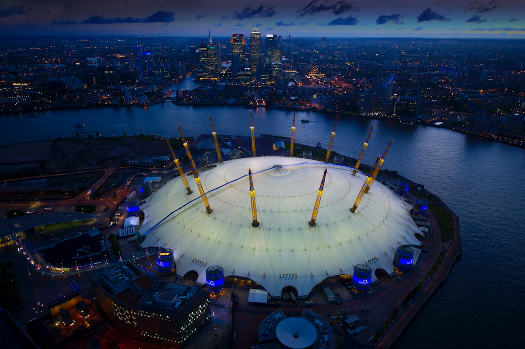 On Monday 10th January, it published the results of its 18-week consultation into the proposed Protect Duty legislation. Some 2,755 responses were received from organisations, sectors and campaigners, with the majority supporting the Government's proposals to introduce stronger measures.

The Protect Duty legislation has been championed by victims' groups, including the Martyn's Law campaign, which was established by Figen Murray following the loss of her son, Martyn, in the Manchester Arena attack in 2017.

Home secretary Priti Patel said the Government is committed to bringing forward legislation this year that will "strike the right balance between public safety, whilst not placing excessive burden on small businesses".

National Arenas Association chair, and Royal Albert Hall artistic director, Lucy Noble welcomed the move. She said, "The Hall welcomes millions of people from across the world every year, and the security of every visitor is of the utmost importance to us. We have long taken responsibility for security of our own premises and agree with the Protect Duty recommendation that this should be standard across the sector."

AEG Europe chief operating officer John Langford, who oversees the company's many arenas across the region including London's 20,000-capacity The O2 arena, Barclaycard Arena (16,000) in Hamburg and Paris's AccorHotels Arena (20,300), said he would welcome the new legislation.

"We welcome any review into the security of customers," he said. "After the hearings it has been pointed out by numerous individuals and government that it is time for a review and the team at The O2 arena has been very involved with the response from the National Arenas Association.

"[AEG's] assets have been well protected for many years. While, obviously, I am unable to go into the details of what that involves, the Protect Duty review has given us another opportunity to further review everything we do and that can only be a good thing."

Langford acknowledged that any forthcoming legislation should take into account the limited resources of smaller venues: "Having worked in venues of different sizes, I think it is difficult to have a one-size-fits-all approach. What is important is that there is a framework for a risk analysis which can be applied across all venues but the response from venues will be different depending on what their circumstances and risk levels are."

The Night Time Industries Association said following meetings with the Home Office regarding the implementation of Protect Duty and having contributed to the consultation process, it remained concerned about the impact the measures could have on smaller independent businesses.

NTIA CEO Michael Kill said, "Our industry takes its role in protecting our staff and customers extremely seriously and [we] have proactively engaged with government departments throughout the Protect Duty consultation. It's been a challenging year for the sector, with the implementation of changing public health mitigations, and now under new regulations presented by the home secretary, the industry will be asked to implement contingency planning for potential terror threats within venues and events.

"Larger clubs, events and festivals, that work with large crowds within the public domain, address the challenges as part of their planning process, working closely with police and local authorities on counter-terror measures, which will compliment much of the proposed regulations. But there will be challenges for smaller businesses, which will need a considerable level of support from government and local authorities as they assess the risk and action plan accordingly."

He added, "While we focus on public safety there are some concerns from the sector, particularly smaller independent businesses, on the cost of implementing measures, proportionality against risk, but also wider industry concerns in particular the lack of licensed security personnel, which will be a fundamental requirement as we move into the busier periods of 2022.

"It is vitally important that the government, police and local authorities work closely with businesses through this process, but also consider some of the inherent challenges from the pandemic."