News Item: New Campaign Highlights the Real Impact of Falls on Loved Ones 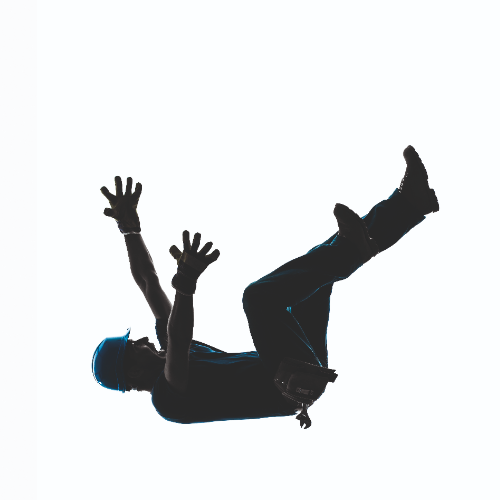 A new hard-hitting campaign highlighting the long-term, life-changing impact that falls can have on family and friends has been launched by The Ladder Association and The Royal Society for the Prevention of Accidents (RoSPA).

Falls from height are the single biggest cause of injury in the workplace, with 29,000 people reporting such an injury over the past five years[1], and the cost is estimated at £800m[2]. Meanwhile, falls in general are consistently the number one cause of hospital admissions from accidents[3].

The Get a Grip safety campaign features Abbi Taylor, whose father Jason Anker was paralysed after a fall from height when she was aged just three, and who talks openly about how her life with him has been profoundly affected.

As part of an emotional awareness-raising video and leaflet, Abbi says how he could not walk her down the aisle or dance with her on her wedding day, or play with or babysit his young granddaughter.

The aim of the campaign is to raise awareness of the importance of using ladders and stepladders safely, both at work and at home, reducing accidents and the heartache they cause for everyone.

Abbi said: “It’s hard to talk about how my dad’s fall has impacted our lives, but I felt it was so important to get that message out – there are real-world consequences of your actions when using ladders incorrectly. My dad was lucky, as he got to see me grow up; there are many families out there who have a hole where one of their loved ones should have been, because they had a fall.”

Gail Hounslea at The Ladder Association said: “Everyone involved in this campaign has been overwhelmed by Abbi’s story. There’s always a focus on the impact of an accident on the injured party themselves, but what we often forget is the impact on those connected with them. Behind every person who falls from height is a family, friends and colleagues who will all be affected in some way.

“Abbi’s story is a powerful one which we hope will hit home with those who use ladders both for work and at home. We are immensely grateful to her for being a part of this campaign.”

Alison Thewliss MP, chairman of the All Party Parliamentary Group for Working at Height, said: “Abbi’s powerful testimony really brings home the devastating impact that a fall from height can have, not only on the person involved, but also on their loved ones.

“The All Party Parliamentary Group (APPG) on Working at Height has recently published an inquiry report regarding falls from height. Amongst other things, the report draws on testimony of victims and their families, and seeks to draw out best practice from industry in order that we can improve the figures around serious injuries and fatalities in the workplace as a result of falls from height.

“The published report makes a number of recommendations that the APPG will continue to present to UK Government Ministers – via debates and questions – to help drive improvements in safety for employers and employees alike.”

To find out more about the campaign and to watch Abbi’s video see www.ladderassociation.org.uk/get-a-grip