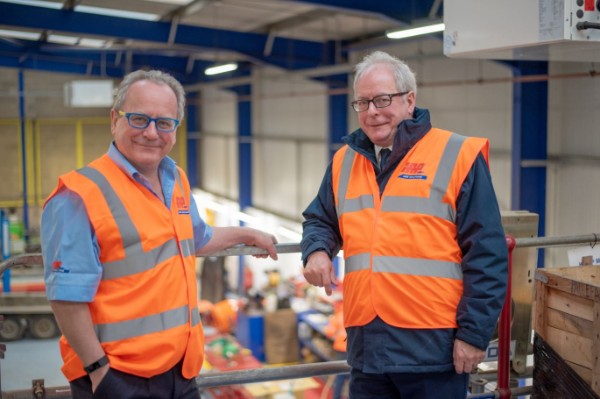 GAP Group, the UK-based plant, tool and equipment rental company, has announced record annual profits and turnover in the year the Group celebrates a half-century in business.

GAP achieved a pre-tax profit of £18.7m in the year to 31st March 2019, an increase from £16.7m in the preceding 12 months, as annual turnover rose by 8.8% to £203m. Earnings before interest, tax, depreciation and amortisation soared to an all-time high, rising from £73.1m to £80.4m. For the first time in the company's history, net assets have climbed above £100m as shareholder funds grew to £109m in the latest accounts.

Founded by Gordon Anderson in 1969, the family-owned and operated business has been run by his sons Douglas and Iain Anderson since 1988. With nine divisions, 142 depots nationwide and a total workforce of 1,858, GAP is the UK's largest independent hire company.

The secret to its success: adaptation. In recent years GAP has diversified significantly beyond its traditional plant and tool hire offering with the launch of several specialist divisions: Lifting and TIC, Non-Mechanical, Trenching and Shoring, Survey and Safety, Welfare and Events Services. The new divisions which often require bespoke solutions, now account for around one-third of turnover and an even-greater proportion of pre-tax profits.

In addition to broadening its product offering and adapting to their customers exacting requirements, such as the introduction of their same-day delivery promise on Club 100 tools, GAP harnesses new technologies and innovative ways of working. For example, with a focus on providing environmentally friendly and efficient hire solutions to their customers, GAP has recently completed the roll-out of a cloud-based mobile resource management system called JobWatch from Leeds-based BigChange. The mobile apps include live vehicle tracking, job scheduling, photo capture on-site and electronic signature capture with proof of delivery and proof of collection records being automatically uploaded onto GAP's Smart Office system. Over 500 GAP vehicles have been fitted with the system and more than 600 staff have been trained on best practice.

The family business also announced a new operational structure with an eye on succession-planning and to continue to meet their commercial and development aspirations. Four new Managing Director positions sit below the GAP Holdings Board which remains unchanged. Douglas Anderson's son, Mark, has been appointed Managing Director of the business in Scotland and the North of England, and will be responsible for the profitability of the Plant, Tools, Non-Mechanical Plant, Trenching and Shoring and Welfare divisions. GAP is actively recruiting for two Managing Director roles tasked with taking advantage of the natural synergies existing between these branches of the business, overseeing the Midlands and South West and the South East of England regions respectively.

The restructuring recognises the need to provide greater clarity and focus on their Lifting and Survey divisions which are inherently more technical from an operational and sales perspective. Karen Greenshields, who is the daughter of Douglas and Iain Anderson's sister Maureen Smith, has been appointed to this position. Both Mark and Karen will report to 25-year GAP veteran Kevin McEwan, who will be taking on a Group Operations Director role.

GAP's excellent financial performance has been achieved amid political 'headwind' in Britain. In his statement on the accounts, Chairman Danny O'Neil added that GAP fully expects the trading environment to remain "challenging and competitive" but highlights the company's financial strength and increasingly diverse product range. With 50 years of continuous growth behind them and a flair for adapting to the economy, customer needs and the marketplace, GAP is well-positioned to continue its success story.