An Irvine-based construction company and its director have been sentenced after multiple health and safety failings, giving rise to significant risk, were found on a house build site in Irvine. 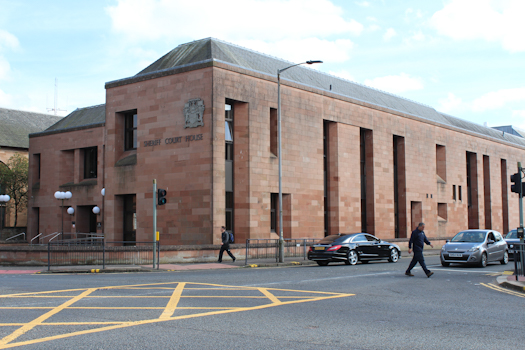 Kilmarnock Sheriff Court heard how three inspections by the Health and Safety Executive (HSE) took place at the construction site at Eglington Park in Irvine between October and December 2016.

As a result of these inspections, multiple prohibition and improvement notices were served on Stable Homes Limited for health and safety failings including unsafe scaffolding, unsafe electrics, inadequate welfare, unsafe traffic management, site tidiness and lack of general fire precautions.

The HSE investigation found that as client and principal contractor, Stable Homes Limited had failed to put an adequate plan in place to manage and monitor the construction phase of the project and this had led to significant risks on site. They also failed to take adequate action to rectify the failings and comply with the enforcement notices.

The HSE investigation also found that Director of the company, Ravinder Singh, was acting as site manager and directly involved in the failings of the company.

Stable Homes Limited of Mill Crescent, Irvine, pleaded guilty to seven charges under health and safety regulations and was fined a total of £35,332.  Ravinder Singh, of the same address, pleaded guilty to six charges under Section 37(1) of the Health and Safety at Work etc. Act 1974 for the offences by the company being committed with his consent or attributable to his neglect.  Mr Singh was sentenced to 166 hours community pay back order and was disqualified from holding a directorship for two years.