News Item: 61 Percent Increase in the Number of Potential Modern Slavery Victims Identified in the UK 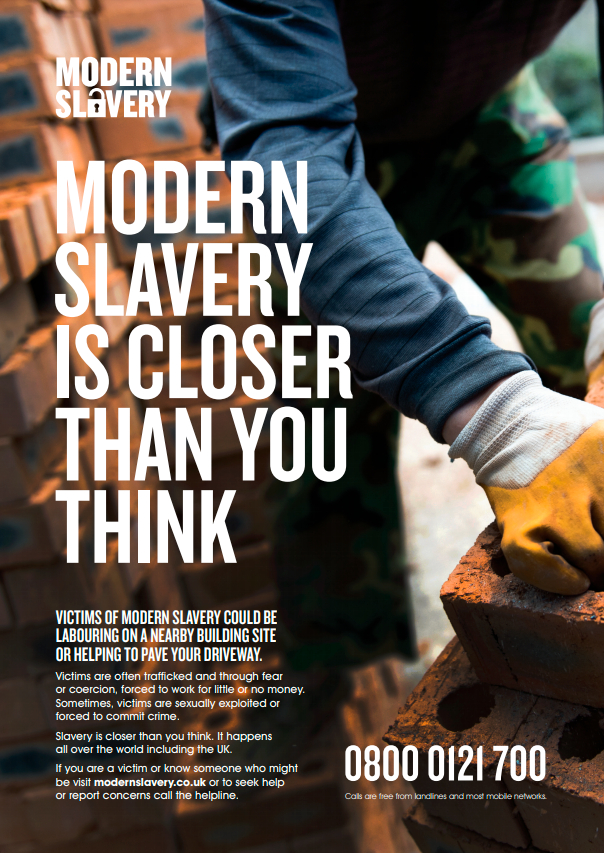 New data released by the Home Office shows 2,808 people were identified as potential victims of modern slavery and were referred into the National Referral Mechanism (NRM) between 1 July and 30 September 2019 (Quarter 3). The NRM data for Quarter 3 shows a 61% increase for the number of referrals compared to the same Quarter in 2019.

Of those identified, 60% were adults and labour exploitation was the most commonly reported form of exploitation. In the report, the Home Office suggest "This continues the upward trend in referrals since the third quarter of 2016, which is thought to be a result of increased awareness of modern slavery and the NRM process."

There are training courses available, aimed at raising awareness of modern slavery in the workplace. More information can be found by clicking here.