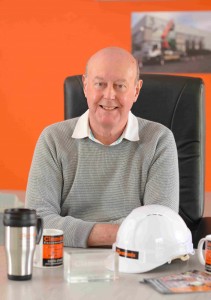 A well respected and popular independent hirer and founder member of Hire Association Europe, has died in the early hours of Friday 11th November after a long and brave battle with cancer.  He was 71 and had served the hire industry for over 50 years; including Chairman of HAE in 1993/5, and served on the CPA and IPAF committees over a 30 year period.

After a period working in plant distribution for International Harvester, in 1964 John joined Coventry-based hirer Sterling Plant, thus setting out on his five decades of service to our industry. By the late 1970s, he had set up Alljay Tool Hire, based in Rugby. He sold this business to contractor Deeley Group in 1990, which merged it with Clements Plant – which Deeley had owned since 1967 – and re-branded the new operation as Clements Alljay, with John becoming MD.

Graham Arundell, Managing Director, HAE said: “John was an intelligent, witty and well respected member of the hire industry and will be remembered for his passion and remarkably popular Crosshire Column in EHN. Of course, John will always have a special place in our hearts being one of the founding members and more recently Chairman in 1993.  Our thoughts and love go out to his family and friends.”