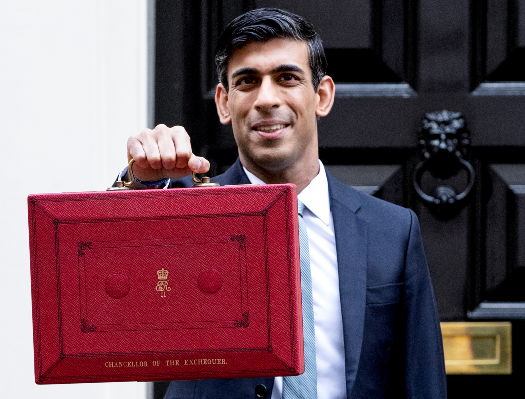 The Chancellor has unveiled a comprehensive Budget that focuses on the economic support required during the Pandemic, but also recovery afterwards with the economy forecast to return to pre-covid levels mid-2022. Here's what you need to know.

Some additional tax measures were announced, but balanced with incentives for business investment and commitments to retain personal allowances after an initial freeze. However, the Chancellor signalled the need for 'rebalancing' ahead with paying back the national debt a priority.

Removal of Red Diesel
A disappointing development (and not mentioned in the statement) is the removal of red diesel from construction in April 2022. The Treasury has just published a report, 'Reform of Red Diesel and other rebated fuels entitlement', in response to the comments received during last year’s consultation, including those from HAE. Very few changes are being made to the initial proposals. However, a new two-year ‘super-deduction’ allowance is being introduced for qualifying plant and machinery investment. While it may be a coincidence, HAE and others pointed out the lack of incentives to invest in often more expensive, but greener, alternatives.

HMRC aims to reduce some of the familiarisation costs by carrying out further pre-implementation publicity to make businesses aware of the changes, including providing guidance to support businesses to ensure they comply with the new rules.

HMRC will also allow some latitude to businesses during the transition to help them. So that businesses can use up red diesel taken in before the change, for example, HMRC will have the ability to ‘disapply’ the liability to seizure of fuel where they can be satisfied that the user has not taken red diesel into the fuel system after the change in rules for usage. For further

Budget for Continued Support for Businesses and People
The following is HAE EHA’s summary of main relevant measures announced by the Chancellor and information from the Budget bundle released after his speech. As ever, members should not rely on this summary in terms of making business decisions and should take professional advice.

Continued support for people and businesses during the Pandemic

With grateful thanks to Randalls, HAE EHAs monitoring partner, for providing an initial summary of key measures.